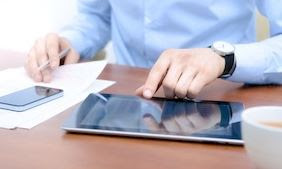 I recently sat down with Jo Sherman Founder & CEO of EDT and Frank Canterino Co-Founding Partner & CTO of Empire Discovery to discuss their new partnership.

Q: Jo how long has EDT software been around and what was the driving force behind its creation?

Jo : I founded the company over 10 years ago, in response to an opportunity I saw to improve the way litigators were using electronic information. I wanted to make a real difference to the way litigation and investigations are managed - to make the whole exercise more efficient and to develop software that is really easy to use.

Q: Frank, with all the established technology in this market, why did your firm embrace EDT?

Frank: The key appeal for me was the transparency it provides to our client base. I have been searching for ways to reduce the costs of Processing, ECA and Review.  The traditional approach involves a law firm or corporation handing over a large dataset to a service provider, typically with no prior insight or knowledge regarding the contents.  The problem with that model is the client doesn’t know upfront what to expect and, there’s usually a lot of time and money spent processing and reviewing irrelevant data.

Q: So, how does EDT change this traditional approach?

Frank: EDT enables our clients to dramatically cull document volumes down prior to review or predictive coding.   This reduces costs and enables a proportionate approach. One of EDT’s unique features is the dynamic budget calculator that adjusts real time to show the cost and review time impact of various culling options, prior to committing them. That puts lawyers in control of the case from the moment they receive the data.  They can try out keywords and other culling criteria before committing to them and can iteratively work out which ones they want to use based on the budget time and cost impact.  The whole approach delivers massive savings.

Q: Jo, you’ve grown the company in the UK, Australia and Asia over the last 10 years. How different do you think the US market will be for EDT?

Jo: The scale of the litigation here is, of course, a little different, however the problems are the same everywhere.   Clients are looking for ways to reduce costs and keep ediscovery proportionate.  They are not prepared to pay for irrelevant data to be processed and reviewed anymore and the courts, worldwide, are starting to focus in on Proportionality which is a great thing.  While we have not been active in the US, per se, over the last decade we’ve established a client base elsewhere that includes 4 of the top 10 global law firms, large international corporations and consulting groups.  These firms are committed to making litigation more efficient and to delivering real value for their clients.

Q Has the market been receptive to this new approach?

Frank : We have had an extremely positive response.   Our clients are genuinely excited about the new proposition EDT delivers. In fact, the market interest is quite overwhelming.  We have many projects now running on EDT and we’re thrilled to be delivering this exclusive and unique solution to our clients. We are expanding our team to accommodate the demand and to service the projects that are flowing in for EDT.

Q What have you learned from early projects using EDT?

Frank : We introduced our clients to EDT as a unique ECA solution.  It’s been very successful in that domain with most of our early adopter clients seeing data reduction rates of between 80- 95%.  However, the interesting development was the fact these clients also decided to use the EDT Review platform that is integrated within the same product.   This is another big saving because it’s not necessary to process load files or to move data around between tools. We were anticipating our clients might want to export to traditional review platforms like Relativity, Summation or Concordance once they had completed the culling exercise in EDT, however, they decided to use the Review component too.  So, we now have large scale reviews running in EDT very successfully.

Q: Jo how are you feeling about this partnership with Empire?

Jo: I’m over the moon about the partnership with Empire because our firms have similar motivations, culture and values.  Both teams are nimble, creative and committed and between us we have over 400 years of eDiscovery experience, so working together, it’s a powerful combination. 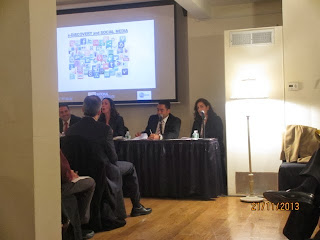 
On November 20th, the National Law Institute hosted a CLE Event at the Roger Smith Hotel in New York City.  The topic was “e-Discovery: What You Don’t Know Can Hurt You.”  The standing room only event exceeded expectations with well over 100 people in attendance.  The panel discussed the six steps of the EDRM model and the different technologies available for each phase, e-Discovery and social media, and eDiscovery case law. 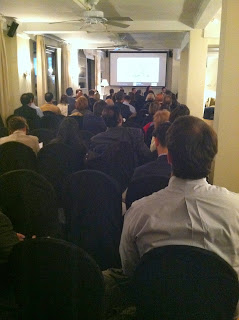 Below is a link to the website where you can get more information on the event http://nationallawinstitute.com/CLE-classes.php?class=39

Perspective on the 2013 Masters Conference in DC

On September 19th, the 2013 Masters Conference for Legal Professionals was held in Washington, DC.  According to the conference’s website, the program “brings together leading experts and professionals from law firms, corporations and the bench to develop strategies, practices and resources for managing the information life cycle.”  Both kudos and thanks are warranted for Robert Childress, President & CEO, and Lisa Lehman, Conference Director, for creating a forum at which individuals from across the legal tech industry can fruitfully exchange ideas for effectively addressing the recurrent and emerging issues they face.

Frank Canterino, Empire Discovery’s CTO and Co-Founder, participated in the panel, “E-Discovery Introduction: Best Practices & Key Cases.”  Click here for the panel abstract.  The speakers offered an introductory-level discussion of the basic issues which should be considered by those new to e-discovery and those interested in improving their approach.  Topics included the importance of establishing clear and open channels of communication and defining areas of responsibility within e-discovery teams, ensuring that established procedures are followed, and providing training for those new to the team and field.  Mr. Canterino’s remarks focused on the importance of proactively addressing e-discovery issues rather than facing down the road the problems and expenses of not doing so.  Canterino was joined on the panel by John Kapp (Shearman & Sterling LLP),  Kara Buzga (Mayer Brown LLP), Barb Hanahan (Lockheed Martin), and  Ignatius Grande (Hughes, Hubbard, & Reed, LLP).  Bruce Malter (D4, LLC) moderated.


The Masters Conference included programing appropriate for a range of experience levels, offering basic, intermediate, and advanced tracks.  The topics covered ranged from e-discovery project management and building a litigation support department to issues raised by international e-discovery and discovery in the cloud to more advanced topics like addressing security breaches and utilizing predictive coding.  One intermediate session, “Update from the Bench,” offered a judicial perspective of best-practices in e-discovery.
The Masters Conference will continue in 2014, offering programs in New York, Chicago, Philadelphia, San Francisco, London, and Washington, DC.
Posted by Ann Snyder at 12:54 PM No comments:

Log-In Credential provided via the link above.

The link above will provide access to a recap of the educational events that were attended by Joe Bartolo, J.D., C.C.A, Director of Strategic Partnerships for JuriSolutions, and James LaRosa, Esq., C.O.O. of JuriSolutions both attended during the recently completed ILTA13 conference.
Posted by Joseph Bartolo at 11:20 AM No comments: 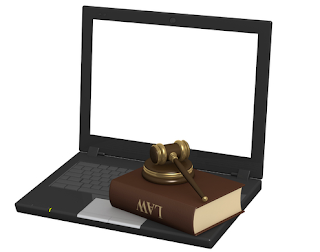 An article by Doug Austin appearing on the eDiscovery Daily Blog.  The article discusses the case of Lazette v. Kulmatycki, No. 3:12CV2416, 2013 U.S. Dist. (N.D. Ohio June 5, 2013).  The article states, ",,,the Stored Communications Act (SCA) applied when a supervisor reviewed his former employee’s Gmails through her company-issued smartphone; it covered emails the former employee had not yet opened but not emails she had read but not yet deleted."

The Gmail account in question was the employees personal email account, which she had enabled her company issued blackberry to access.  The article interestingly states, "The court also found that the former employer could be held liable through respondeat superior: the actions of the supervisor could be imputed to the company."  The emails the employee had opened already were not protected by SCA, since the court held they were not being kept for the purpose of storage.
Posted by Joseph Bartolo at 5:35 AM No comments: